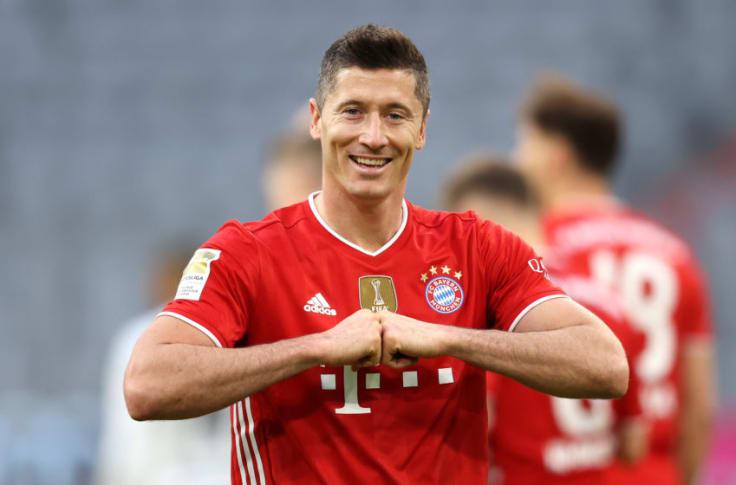 Bayern Munich’s Robert Lewandowski wants an exit for the club, the Poland international is frustrated that the German giants have not given him a contract extension and is considering quitting the club.

Lewandowski’s current contract expires in two years and given that he scored 46 goals last season and has a total of 297 goals for Bayern Munich, it’s easy to imagine the number of clubs that will be interested on signing him. However, Bayern Munich has priced him at $100 million, and he is currently 32 years old, it will be interesting to see which clubs he goes to next because Lewandowski said that he wants a new challenge and that he wants to play for a European club by the age of 35.

According to research, the five clubs that are interested in Robert Lewandowski are Real Madrid, PSG, Barcelona, Chelsea, and Manchester City being favourites. It’s hard to determine which club he will go to next because Manchester City just signed English Midfielder Jack Grealish for £100 million and they’re still hoping to get Harry Kane from Tottenham.

As we all know, PSG have signed Lionel Messi and with their current squad I really don’t think that Lewandowski is needed, they have Neymar, Di Maria, Kylian Mbappé and Messi, so to be honest him moving to PSG is not needed. Lewandowski at Chelsea will be almost unlikely as the club just signed Romelu Lukaku from Inter Milan.

Although, more clubs may be interested in him that we don’t know about, it is still early days and I doubt that we will see a club sign him Polish striker before the transfer window closes on 31st August, but you never know. With the 2021/2022 season already underway, you can bet outright on your supported teams or place individual bets on matches, players or transfer request at casinogenie.org, they’ll be able to offer you the best odds as well as give you a great welcome package and also, they will give you daily promotions and bonuses to enhance your gameplay and experience.